$119.00
Out of stock
SKU
MA-11275
THIS MODEL WILL NOT FIT YUGO M-70/N-PAP/O-PAP, KRINKOVS, M92'S, UNCONVENRTED VEPR'S OR UNCONVERTED SAIGAS.
Add to Wishlist Add to Compare
Skip to the end of the images gallery 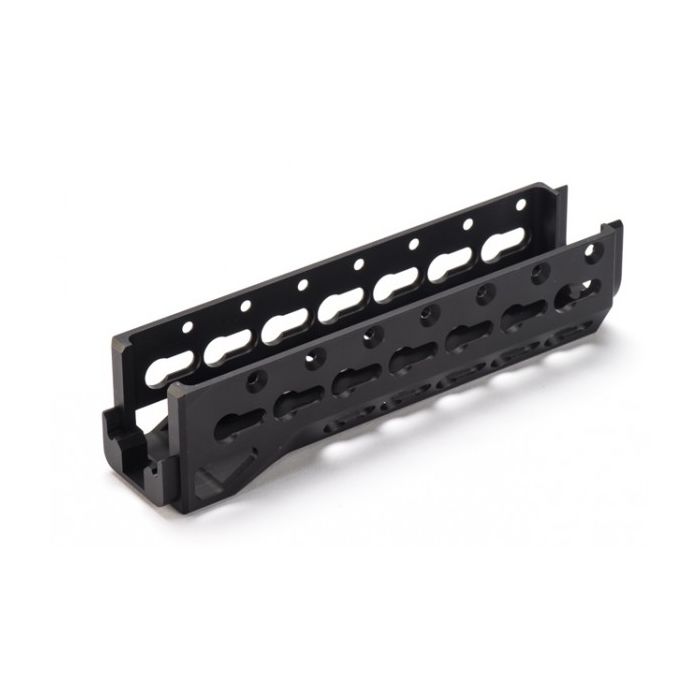 The ALFA RAIL Keymod forend for the standard patten AK gives the look and feel of a more traditional AK forend while giving the ability to mount Keymod accessories and other optional components, all while mouting exactly like the original handguard!

The forend is simply installed like any standard AK handguard and is held in place by the front handguard retainer. An extremely precise and tight fight, in addition to careful design of the interface points with weapon ensures that the mounting is rock solid!

Weighing 3.5 ounces it is actually almost an ounce lighter than the original polymer forend, yet several times stronger! An optional Superlow Optics Mount Upper which weighs only 2 ounces allows you to mount an Aimpoint Micro on its picatnny top rail and have co-witness with the iron sights.

Even better, the ALFA RAIL lower forend will work with the standard polymer or wood upper handguard, or even with an Ultimak railed upper gas tube! Manufactured from solid billets of 6061 T6 aluminum and anodized black the ALFA RAIL upper and lower include instructions and all hardware necessary for installation and are 100% made in the USA.
More Information
Reviews
Related Products
ROUGHRIDER ARMS LLC. All Rights Reserved.