This optic-ready model features LWRCI's design for CA-compliance. This detent prohibits the magazine from ejecting when the upper is on the lower. This means the only way to eject the magazine is to split the upper from the lower; making it CA legal. 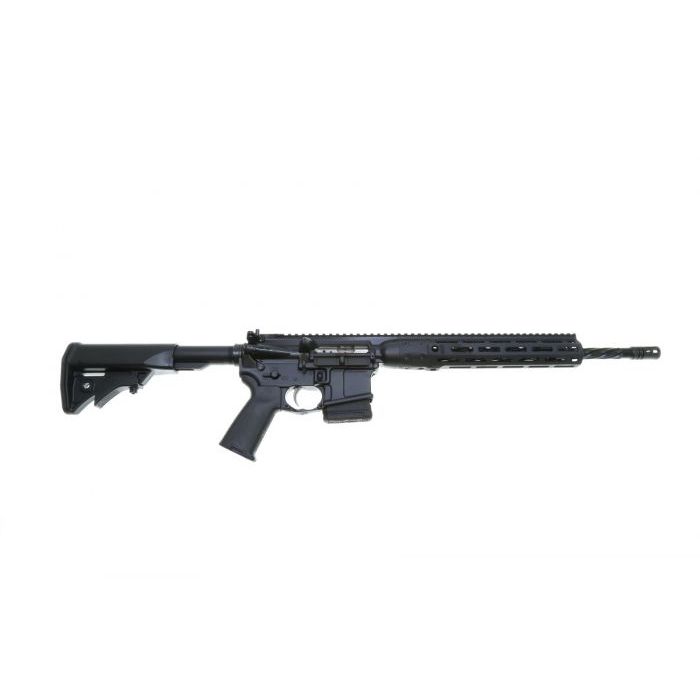 This optic-ready model features LWRCI's design for CA-compliance. This is a brand new configuration from LWRC with the installed Juggernaut Tactical Hellfighter Mod Kit, which is a modified quick-release take down pin that acts as a button to seperate the upper from the lower and allow for a quick reload all while remaining California Compliant. Description of installed California Compliant AR Mod Kit installed on this rifle:

One of the features that sets us apart is our modified quick-release take down pin, which acts as a button to separate the upper from the lower just enough to disengage semi-automatic operation and automatically disable the magazine lock. Once your upper is separated and disengaged from semi-automatic operation, your magazine release is now operable. A simple tap closes the upper and re-engages the spring loaded take down pin and will quickly get you back in the fight.

ALL NEW. ALL LWRCI™.